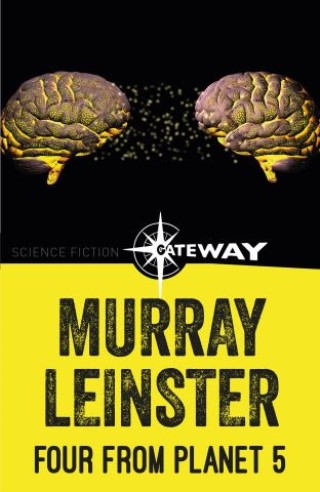 The strange visitors had landed. Why had they come, and what unknown terror would they bring upon our world?

The radio and television stations of the world carried the short, terrifying statement: The visitors were telepaths. These children from another time, another planet, were about to read human minds. They were utterly invincible.

And they were infinitely dreaded...

In the Pentagon and the Kremlin, leaders were grim with the awareness that all military secrets would be exposed...The overlords of the underworld realized the children could smash their most profitable rackets...And even ordinary citizens shuddered at the prospect of their shabby sins being found out.

So four small children came to be hated by the entire world.

A whole civilization wanted them dead.